If I had to name just one book that encapsulates, from cover to cover, the vision that underpins the philosophy of The Foodie Bugle, then it would have to be Jane Cumberbatch’s “Recipes for Every Day” published by Anova Books and photographed by Vanessa Courtier.

It is not just a cookery book, it is a way of life. It embodies the tenets of simplicity, frugality, sustainability and functionality. It aims to be helpful, useful, informative and inspiring. It neither preaches, nor judges. It is quirky, unique and original. 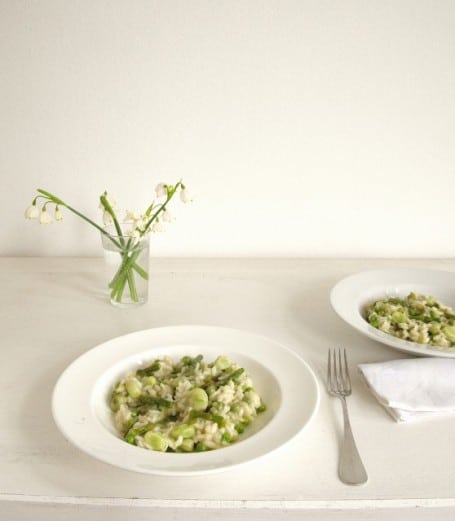 The book is part cloth bound, by a “Pure Style” printed Irish linen tea towel, a direct reference to its championing of artisanal crafts, a nurturing style of domesticity and utilitarian simplicity. It is also the name of Jane’s brand, website and Blog, www.purestyleonline.com

In her Homepage Jane sets the lie of the land: “Pure Style is my way of life – a blueprint for living in the 21st century. The DNA of Pure Style is romantic, inexpensive, natural, simple, functional, easy, homemade, thrifty, timeless, cool, country, green, modern…”

I read this book after I launched The Foodie Bugle, and every page, every photograph and every idea resonated in my head: here was a very intelligent and scholarly author with whom I shared a common outlook, albeit, I have to admit, her editing discipline is far more rigorous than mine.  Her imprint is thrifty, charity shop, recycled, home grown, home made chic: a one woman tarts and crafts movement.

We also share a common friend. Keiko Oikawa, the brilliant food photographer and blogger (www.keikooikawa.com and www.nordljus.co.uk) did the photography for the top section of the Foodie Bugle Homepage, and she has also worked and travelled with Jane. If you take a look at Keiko’s work you will see why she is so in demand with “the purists”!

In the introduction to “Recipes for every day” Jane sets the scene unequivocally:

“I love to cook, to garden and to make things. This book is a visual and written notebook of my ideas and recipes, spanning the seasons and including the ways in which I try to make daily life as simple as possible. Some people are hard wired to do complicated algorithms or run marathons, but I can’t imagine a life without making things and putting my stamp on something. I suppose it’s my way of making sense of the world, of keeping control. There’s not much we can do about the big stuff, but there’s an awful lot we can do that’s satisfying, such as baking a cake, growing some beans, or giving a new look to a piece of furniture with a lick of paint.”

I went to meet Jane at her home in south London, to find out more about her life and work and to see for myself “Pure Style” in action.

Sat in her white office, with wall to wall shelves filled with magazines and books, I am beginning to see all the different strands coming together. 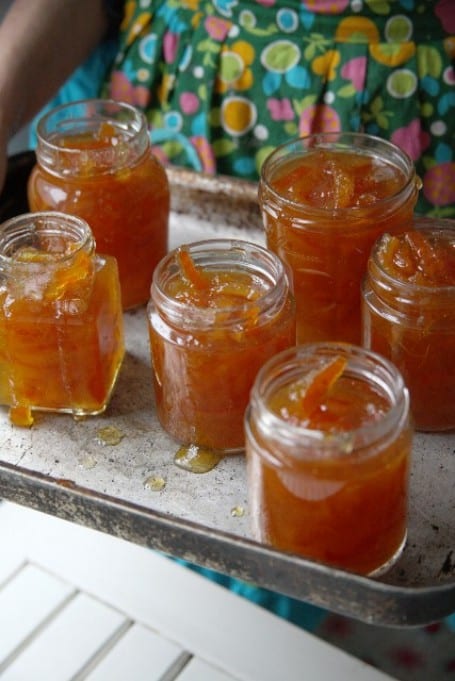 Mother of three children and a former decorating editor of House and Garden, Jane also worked with Elle Decoration and publishes one of the most read design Blogs on the internet, as well as having written five design and craft books. She studied Geography at the School of African and Oriental Studies, and has always treated each of her writing projects as important  studies that need proper researching and structuring.

One of the main influences in her life has been her mother, who was an occupational therapist. “From a very early age I learned to sew, to garden and to cook from watching my mother. From seeing how she approached daily domestic life I learned that all the strands of life are interconnected: how you grow, prepare and cook food, is also related to how you serve it and the atmosphere you create around you when you eat it. I have always had an eye for how a space should work and creating a feeling within it” she told me.

Jane believes that the recession has definitely made people more conscious about paring down, about aiming for simpler pleasures and buying less. “During the early 1980’s and the latter part of the 90’s the range of homeware products was downright wacky and extreme. My parents were brought up during the war and there was definitely an imperative to never waste anything, which is still with me now. The trend for huge extensions, swimming pools in basements and fitted kitchens costing the earth, thankfully, have come and gone”

Whilst talking about Jane’s career we discussed at length women’s challenges in trying to accommodate their desire for domesticity and a well run home on the one hand, whilst at the same time retaining a foothold in the career or educational system they have fought so long and hard to enter and flourish in. In the room is Patricia, Jane’s PA, who has also recently had children, and she found that going freelance was the only way she could continue her work.

“I became freelance when I had my children,” said Jane. “It was the only way. The only way that women can find a middle-way between juggling home, children, a career and not going mad is balance. Nothing is ever going to be perfect. Do not feel compromised, do not have huge expectations in any department. Go for simplicity.”

All around me I can feel that she practises what she preaches. Despite the elegance of her house, the wonderful way she has arranged her furniture, vintage accessories, flowers and cooking utensils, there is nothing precious and nowhere “Stylised” with a capital “S”. It is a very liberatory style of living.

The house is lived in, used and loved: the correspondence, newspapers, food packets and paraphernalia of everyday life lying scattered on surfaces, cushions are sat on, edges are scuffed and the dog wanders in and out without hindrance.

Even in the book real life is shown in its untouched state: Jane is watering plants with an old metal watering can, muddy radishes plucked from the garden are waiting to be washed, dollops of orange marmalade trickle oozily, leaving their sticky mess on their glass containers. 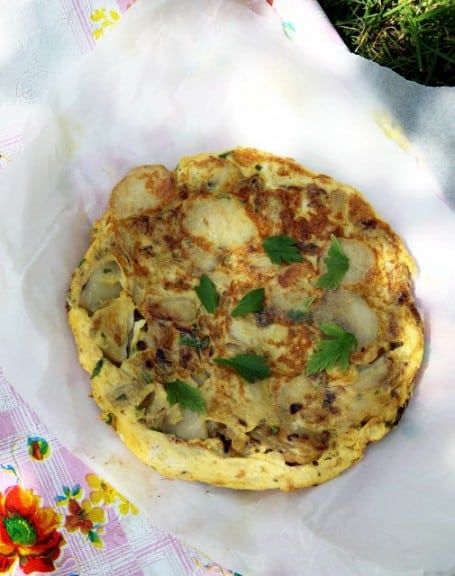 Jane herself is very petite and trendily dressed in a pale lemon summer dress and a brown leather jacket, but she is by no means done up to the nines. All around us are the crew from an agency that have come to look round her house. It is rented out for filming, documentaries, advertisements and photographic shoots by Light Locations (www.lightlocations.com). She juggles looking after them, me, her PA, her husband who is recovering from a serious operation and a mobile phone that never stops ringing with calm efficiency and focus.

“Because I rent my house out it enables me to keep up with what is going on in all those different industries. I get to see all the different trends and styles that emerge. It can make things chaotic, but it is a real eye-opener” she says.

Yet despite what other companies, magazines and writers are doing, the Pure Style concept that she has developed has really remained the same throughout her career. She does not change and fluctuate with the vagaries and whims of fashion. Jane has researched, studied and developed her own identity, and her resourcefulness has enabled her to branch out in several directions.

“The publishers of “Recipes for Every Day”, Anova Books, are very good at choosing more “experts in their fields” rather than fleeting celebrities or “wannabe” television stars. I would like to use my experience and work to do lectures, to teach people how to use Pure Style to help and inspire them in their own life, and to further develop my online presence. The Pure Style line will also be extended to homewares” she continues.

We are now in the kitchen and talking food. Jane and her husband Alastair own a house in Portugal, and they are very inspired by the cooking of the Mediterranean. I can see simple white and blue china and enamel ware, jars of spices and jugs of fresh garden herbs. In the Summer Chapter of the book the sections “Clams in buckets and foraging by the sea”, “Something to bring back home”, “Tealights, Tapas and Summer Garden Scents” all draw reference to family holidays and living in hot countries. The landscape of Portuguese salt ponds, crisp fino sherry and tapas on a tray, Spanish siestas and mushroom foraging are drawn in beautiful, captivating  prose that makes you feel as if you are there, the glowing sun on your skin and cold, sweet, homemade lemonade in your mouth.

In between the recipes for homely plum tart, the comforting seedy bread and the warming chicken, leek and parsley pie, the book is interspersed with making, mending, gardening and decorating. The body of work is very reminiscent of the old oral traditions passed from generation to generation, through the matriarchal line, mother teaching daughter which kitchen equipment to buy, how to wash and look after linens and how to make the perfect mayonnaise. 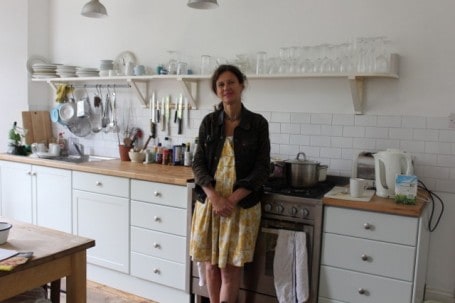 Even in Jane’s back garden, billowing with English roses, French Lavenders and classical parterre planting, the themes of simplicity and resourcefulness are extended. The garden shed doubles up as Jane’s outside studio; all the kitchen waste is recycled back into compost for the garden; herbs, fruit and vegetables grow in profusion amidst cutting flowers and apples are stored in newspaper and used to make apple and ginger pudding, apple crumble, apple puree and baked apples.

It is incredible to think that, in a normal London suburban garden you can grow so much produce.

Jane is a self-confessed design sponge: every corner of this beautiful property is imbued with her charm, vision and skill. Yet above all her ambitions for this book, her work and future plans are as simple as the underlying mantra that runs through them.

“I would like the reader to be inspired, just as I am, by the ordinary and everyday aspects of life, such as making toast or cutting a rose.”

As I read more of the book on the train home, I came across a motto that I wanted to share: “I believe in plenty of optimism and white paint” Elise de Wolfe once said. Quite frankly, you don’t need a lot else. And whatever else you do need, you will probably find in this book.