Rice is a highly versatile dish, which you can turn into almost anything. Many countries in the world have their version of their rice dish. Just like how Italy has Risotto rice dishes, and Spain has Paella rice dishes. But what is the difference between Paella and Risotto?

Spain may be famous for its Paella, but history says that the yellow rice served at some Spanish restaurants is too sunny and less yellow. The authentic Spanish Paella is the Valencian Paella from Valencia, which is darker, richer, and smokier than the famous ones served.

The aggressive rice dish came to be when peasants in the fields of Valencia made use of whatever ingredients were available in their kitchen to make something edible. They threw everything into the paella pan, including rabbits and snails.

However, the paella recipe evolved and continues to evolve through the years. Currently, we have seafood paella, paella Negra, paella Valenciana, and paella mixta cooked traditionally or like the ones usually served in Spanish restaurants.

If you know mac and cheese, you’re probably familiar with its rice version, the risotto rice. Contrary to popular belief, Italy’s famous rice dish is straightforward to make. 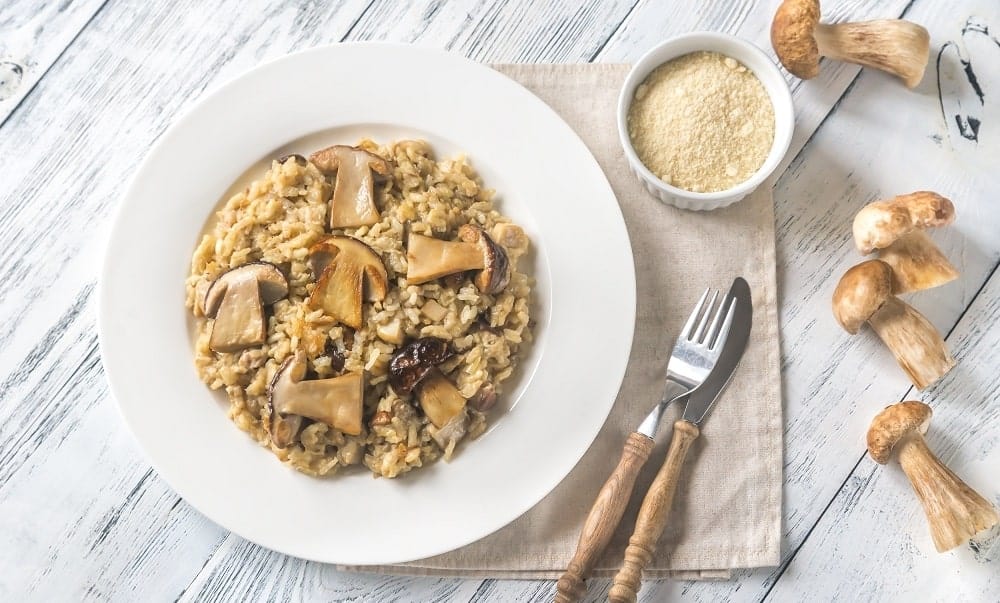 With just some butter or olive oil, onion, a bit of white wine, short-grain rice or medium-grain rice, broth, and some parmesan cheese, you’ll get your elegant risotto cuisine minus the hard labor.

In 1809, the first recipe of Risotto was created. Legend says a glassblower’s apprentice from Flanders added saffron to pigment the rice dish at a wedding banquet. Then it eventually evolved as other ingredients were added. Today, Risotto is known to be a creamy dish but still has various versions throughout the globe.

The Differences Between Paella and Risotto

While both Paella and Risotto are high in carbohydrates since they come from rice, which is rich in such, they differ in other ingredients. The nutrition your Paella or Risotto gives depends on what you put in the mix.

For one, Paella has different versions, and we even have a recipe that vegans can enjoy. It can be highly nutritious and delicious when consumed in the right amounts. It has onions, garlic, tomatoes, peas, chorizo, paprika, shrimp, mussels, chicken, and all sorts of spices and ingredients with health benefits.

Your risotto recipe is also nutritious as it uses arborio rice, which is rich in vitamins, proteins, and fiber, to make you indulge guilt-free. Arborio rice is also free of sodium, low calories, and has the right amounts of iron to keep you healthy and strong.

Paella does have a more exciting flavor than Risotto as it has different ingredients you want to mix, while Risotto is a creamier and more upfront flavor. However, it is undeniable that either of the dishes just satiates you more than enough.

Risotto is close to a pasta dish and gives off a buttery and cheesy aroma that blends with the scent of vegetables and herbs. And your Paella is more of a cooked toasty scent blended with a seafood-like or meat-like flavor.

Arborio rice is the rice traditionally used in making Risotto. In cooking Paella, you can’t just use any type of rice like Basmati rice or Carnaroli rice. The best rice types you can choose from are Bomba rice, Senia and Bahia rice, and Calasparra rice for your perfect version of Paella.

These two famous and delicious dishes both differ in the way you prepare and cook them. Risotto needs to be sticky and creamy, so you need to gradually add the liquid while stirring to let the liquid absorb.

And Paella is a more dry recipe with a crusty exterior and a mushy interior, so you need to mix the ingredients and let it simmer for minutes.

How to Make Paella

Fry chicken in a paellera or sizeable deep saucepan for 5 minutes and stir until it becomes golden. While waiting for the chicken to fry, combine your saffron in boiling water until it releases its color and adds in your chorizo sausages, onions, and garlic. 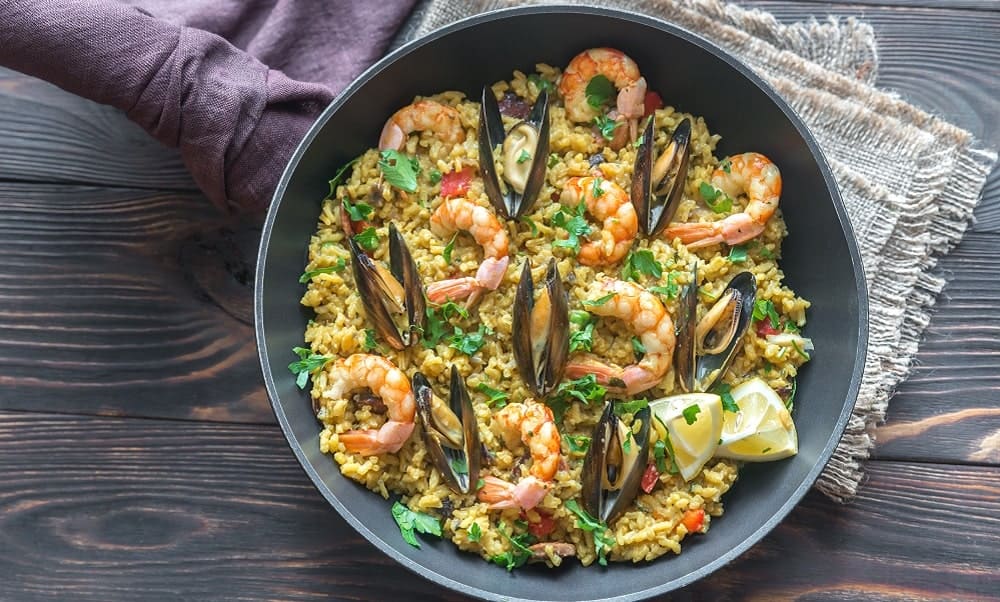 Pour the mixture and add two teaspoons of smoked paprika while stirring for about one minute. Then ready your tomato and add it while stirring. Then pour in the rice and add the broth to a boil. Reduce the flame to medium and mix everything for a well-combined paella.

Put the chicken back in your pan and continue to stir. Let it simmer for 20 minutes until the entire chicken stock is absorbed. Do not cover the pan. Then, throw your prawns, scallops, and peas and let it cook for ten more minutes. Afterward, just garnish with lemon wedges and serve.

How to Make Risotto

Making the sticky rice of Risotto is not as hard as it seems to be. The first step is to heat the broth in one saucepan over medium-high heat and simmer before reducing to low.

In another pan, preferably a Dutch oven, saute your onion in olive oil over medium-high heat until tender. Then add your rice and garlic, and let it cook for 2 to 3 minutes while stirring occasionally.

When your rice is lightly toasted, add your dry white wine or water if you prefer, and stir until the liquid is absorbed. Once there is no lingering alcohol aroma, reduce the heat to medium-low and gradually add your warm broth by half a cup.

Before you add each half a cup, make sure to stir the mixture to keep the consistency. And on your last addition, lessen the liquid until your rice just absorbs enough broth for a creamy and tender risotto.

Conclusion of The Rice Dish Champ