Adams and Harlow is a small, family-owned business based in Spalding, in Lincolnshire, in the east of England, where both I and co-owner Lizzie Harlow grew up and still live.

George Adams and Dick Harlow were the founding fathers of rival pork pie businesses in Lincolnshire. A hundred years later they are now united under the new brand, Adams & Harlow, led by their mutual granddaughters, myself and Lizzi. We have a butchers shop and preparation area at the back where we make our extraordinary, artisanal pork pies. We have been making pies at the same address, with near enough the same recipe since the company started in 1910. The butchers shop still looks exactly the same as it did when it first opened. Everyone we employ in the business is local and for the most part they have worked for the business for over five years – and some have been with us for over twenty years!

Lizzi and I have always been involved in the family business, usually trying to earn extra pocket money in our summer holidays. However, once I’d finished my degree at University I went off to London, to work as the assistant grocery buyer at Fortnum and Mason in in Piccadilly before moving on to their fresh food department. It was very interesting to experience the retail side of this shop and it was an amazing opportunity to learn more about food.

Lizzi is much more production focussed and has nearly always worked in the family business, learning every aspect of running a food manufacturing company. I think we probably both knew we would end up doing this job but no amount of experience or training prepares you for running your own small family business. We have hit the ground running but we are learning all the time. Sometimes you get it right and sometimes you don’t!

The company we run now was started in 1910 by our great grandfather George Adams, with just £10, as a butchers shop but it quickly gained an excellent reputation and so in 1918 a second shop was purchased. From then on the business just continued to grow, with the additions of a slaughterhouse in 1925. By 1963 there were twenty shops and a new pork pie factory. In the 1960’s the company took a major decision to change course in order to develop its wholesaling activities and started to build a new abattoir and several production sites as well as run its own pig farms. The business had a thriving van sales operation delivering quality Lincolnshire products around the country. The whole time the company had always been family run and always had the original butchers shop. My great grandfather’s trading motto was, 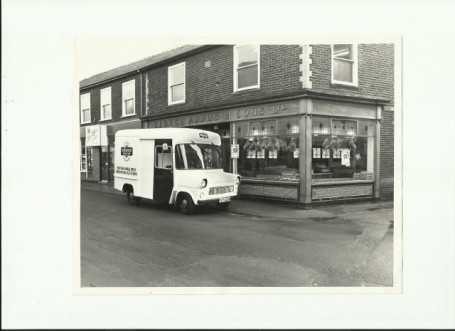 “Personal involvement in all aspects of the company and a dedication to quality and service”.

At this point my father, Mark Adams, was the Managing Director and continued to grow the company until, for health reasons in the early 2000’s, the difficult decision was taken to sell the family business. This was difficult for everyone involved but, on the positive side, we still had the butchers with its artisanal production area making hand raised pork pies. Feeling such a strong pull to the family business I grew up with, I decided I wanted to come and restart back at square one to rebuild the company.

One of the first things we did was to rebrand ourselves as “Adams & Harlow” to give us a clear distinction from the old company and give us a new look for a new future. Luckily for us coming up with the name of Adams and Harlow was not too difficult, as my mother’s family were also long standing pork butchers in Lincolnshire, called H R Harlow and sons.

When Lizzie and I first joined, we spent a lot of time putting together a plan for expenditure, sales forecasts, marketing strategies and budgets. We have been lucky enough to have the support of our family who have invested funds in the business. We have also both invested our own money and I think this is important in order for us to show our commitment and to help us remember, when we are the only ones working on a Bank Holiday Monday, why we are doing it. 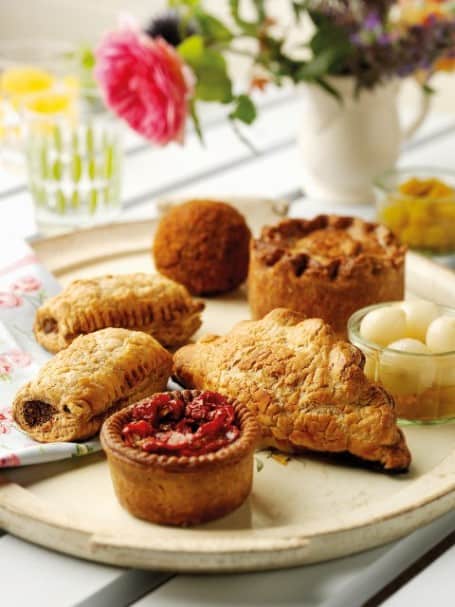 We have had all sorts of challenges since we started but we have also had some great triumphs in overcoming them. Christmas is always very busy for us but the first Christmas we traded was the worst! We had local power cuts which lasted for several hours at times rendering our ovens useless. To make matters more complicated one of our key team members had the Christmas week off for personal reasons. I remember being at the shop right through the night putting the pies in the oven to bake, sleeping in the canteen for an hour before putting the next load in.

In this current economic climate it has been hard to grow the sales and keep the costs down. We have to remember never to sacrifice the quality, for it is the artisanal quality of an Adams and Harlow pork pie which stands us clearly apart from our competition.

We sell our pork pies to butchers, delis and farm shops and pubs. We also sell to independent stores and really enjoy the interaction we get from our customers. Because of the handmade nature of the product of the pies it would be hard for us ever to serve a mass market.

For the future we would like to increase our presence across the country in the independent food retail sector, and it is just a matter of getting out there and meeting the right business owners. We are currently looking to work with a regional wholesaler which will help enormously as transport is always a problem.

If I had to give helpful advice to anyone looking to establish their own food business, I would say that you need to have utter determination to do it. You need to commit yourself totally and make sure you have the support of your nearest and dearest because you won’t be able to do it without them! Have the courage of your convictions because it is not all plain sailing and as the head of a family company you need to be respected and inspire everyone around you.