Does your diet consist of rice? If yes, then you definitely have a preference between fried and white rice.

I mean, there’s a huge difference between fried and steamed rice. The latter is a bit bland but some people do prefer it that way. Other people, me included, prefer the fried version, for ‘taste’ reasons.

But let’s go beyond that. In this article, we will discuss the differences between them, in both tastes and health benefits.

What is Fried Rice?

Fried rice, as the name suggests, is just rice that is fried. That’s it.

There’s no rule when doing fried rice. It’s a free-for-all way of cooking rice. The ingredients are all up to you. You can even use other types of rice if you wish to. You’re not limited to white rice.

Fried rice, unlike steamed rice, can be used as the main dish, especially if it has many ingredients.

White rice is almost always just used as a supporting or side dish. While many would say that white rice doesn’t taste much, it does complete a dish, especially if the dish has some major flavor.

Fried rice, on the other hand, can be treated as a complete dish. It can be served as a standalone dish.

What is Steamed Rice?

Steamed rice is just plain ol’ white rice or any type of rice for that matter. It can be brown, red, or even black.

It’s considered a blank slate kind of food by many, and in a way, they’re right. Steamed rice is more of a side dish that balances the flavor of the main dish, especially in Asian cuisine where dishes are rich in flavor.

Steamed rice is simple. It does not compete with any flavors. It complements the most flavorful dishes because it soaks up the sauces quite easily.

Differences Between Fried and Steamed Rice 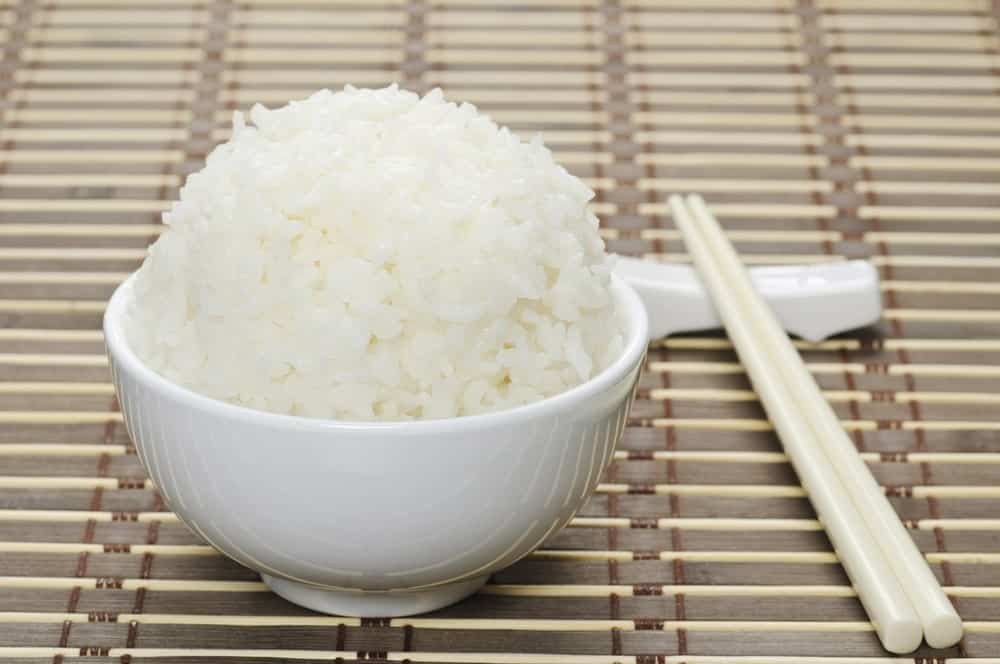 Apart from the difference in taste, there are quite a few stark differences between steamed and fried rice.

A cup of fried rice, on the other hand, can easily double that calorie amount, sometimes even triple it. This is especially true if you use calorie-dense ingredients like butter and thick sauces.

But you can always limit the extra ingredients in your fried rice. An egg fried rice, if you are strict with your oil usage, can only amount to 200 calories.

Fried rice can still be healthy. Just make sure you know what you put in it.

Cooking plain rice is super easy. Just put the appropriate amount of water into the bowl of uncooked rice, and press “cook” on your rice cooker. That’s it.

For fried rice, you need to fire up the stove and prep your ingredients. It may require a little bit more work but it’s also an easy dish to make if you already have rice laying around.

Plain rice is akin to flatbread. It is mostly just used as a side dish to soak up the sauces of the main dish. That doesn’t mean it’s not important – it is. It’s just that, in terms of taste, plain white rice on its own is pretty bland.

Fried rice, on the other hand, is tastier than any plain rice. It can be as tasty as you’d like. You’re limited to the ingredients you put in.

As for fried rice, the nutrients are mostly the same as plain rice but with added nutrients from all the extra ingredients. For instance, steamed rice has a negligible amount of fat. Fried rice can have a lot of fat, depending on the amount of oil you put in.

You can also add fiber to it. You can put in eggs, garlic, any type of sauce, and practically anything you want. The nutrient in fried rice depends heavily on the ingredients you put in.

In terms of ease of making, steamed rice is the definite winner here, hands down. Just get your rice cooker, put in the right amount of water then press “cook.” You’re all set.

If you do not have a rice cooker, you just put the right amount of water on the uncooked rice, boil it over medium-high.

Once boiling, turn the heat down to low, and cover with a lid. Just check the rice every once in a while to make sure it’s fluffy.

As for fried rice, it’s also super easy but you would need a few extra steps when compared to just cooking plain rice.

How to Cook Fried Rice 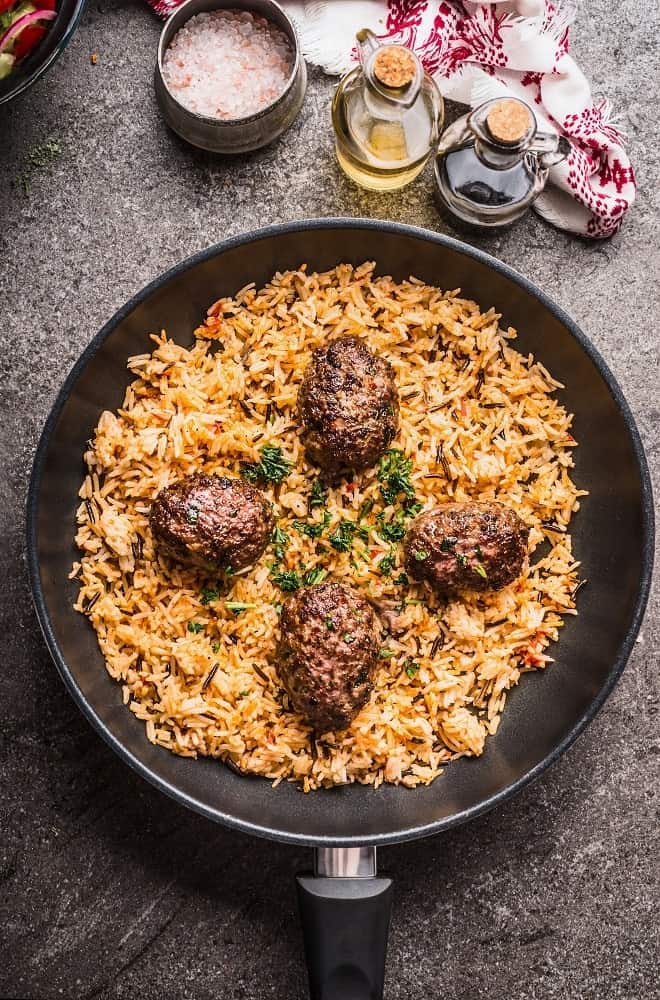 Fried rice is a relatively easy dish to make. All you need is leftover rice, some sauce, oil, maybe an egg, a couple of vegetables, and you’re good to go.

There isn’t a rule of thumb when making fried rice. You can even add ingredients as you go. The only real important ingredient is the steamed rice.

Just fry the rice with the ingredients of your choice. One type of fried rice I usually make just consists of rice, soy sauce, butter, scallions, egg, and some extra ingredients I find in my fridge.