I am sitting in Ottolenghi in Islington, eating my breakfast of scrambled egg, salmon and crème fraiche a good hour before I am due to meet Niamh Shields, the author of the food blog Eat Like A Girl and author of the soon to be released cook book, “Comfort and Spice”, published by Quadrille.

In a hushed, contemplative silence, customers are reading the morning papers, mothers are coming in with buggies and babies, executives are tapping e-mails into their laptops and uniformed staff are moving swiftly from table to table, carrying coffees and taking orders.

If you think that the Ottolenghi cookbook, and its sequel Plenty, by Yotam Ottolenghi and his business partner Sami Tamimi, are beautiful and captivating, just wait till you see the actual restaurants themselves. Light, white, spacious and family friendly they are the dream neighbourhood eatery, and if one were to open in your postcode you can rest assured your house is now your golden ticket pension. 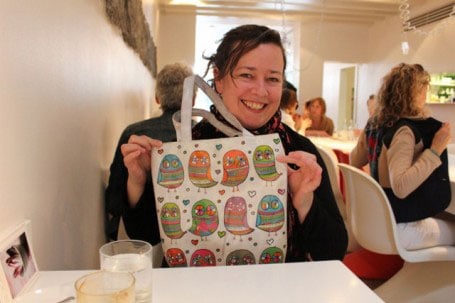 In walks Niamh, carrying a colourful cartoon laptop bag and wearing open summer sandals and a floral scarf. Her friendly, Irish cheeriness is infectious, she makes you feel as if you have known her for years. The truth is, despite only meeting her for the first time today, I actually feel as if I have known her for years, because I read her Blog every week and follow her banter, and her ascent, on Twitter. 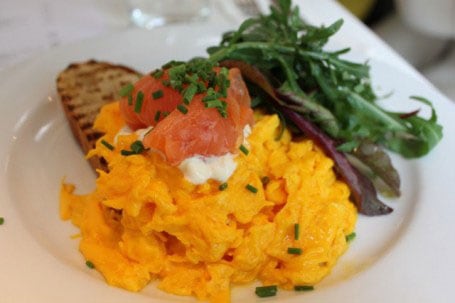 She tells me she is very tired, having just returned from a two week trip to Canada. She has been to visit old friends in Halifax, she has been foraging for fiddleheads (an edible ostrich fern) in Nova Scotia, and she been studying the culinary history of the Acadian settlers. She is fascinated with the gastronomy of the 17thCentury French settlers who lived in Nova Scotia, New Brunswick, Prince Edward Island, Quebec and Maine. She explains that their food is primarily of peasant origins, just like Irish food, and they live simply, but well, on a diet of pork, potatoes, lobsters, scallops and foraged food. After the 1755-1753 expulsions and ethnic cleansing of the Acadians from their homelands (one third of the population died), the settlers went to live in Louisiana, from where the word Acadaian became “Cajun”. 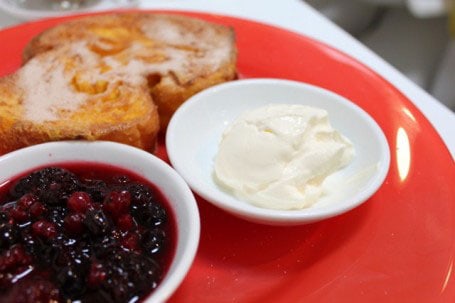 Niamh originally trained as a physiologist, and her training included nutrition and toxicology, so her food writing and cooking practises stem from a scientific base: when she feels low or stressed she will eat Vitamin B rich foods that are high in Zinc, or liquorice that rebalances serotonin levels. If she has difficulty getting to sleep at night she will make herself lettuce soup which is high in tryptophan, which is soporific, and if she has a bad tummy she will eat pumpkin and ginger.

After her long studies she worked in the publishing industry, originally as a Project Manager for Nature Magazine. She began her food blog around 5 years ago, when food blogs did not really exist, the territory was virgin and she looked upon the venture as a creative outlet for her cooking. She then began Tweeting, and after finding that many thousands of foodies were interested in her work, the rest is social media history. She found an agent who put her in contact with Quadrille and the plans for her debut cookbook soon began to take shape. 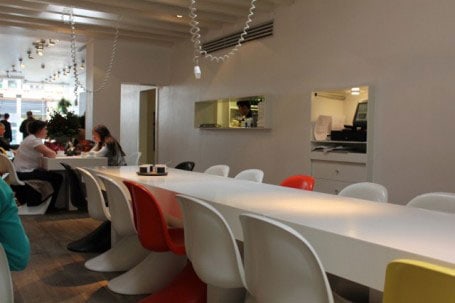 She told me that she thinks the reason why her Blog and her book have attracted so much attention is because her style of cooking is instantly accessible to normal people.

“I want people to dust down their kitchen and not be afraid to cook, because anyone and everyone can cook” she explains in her lilting Irish brogue. “My cooking uses a lot of simple ingredients, but I spice them up, and I also use a lot of left overs, which, let’s be honest, are part of everyday life.” 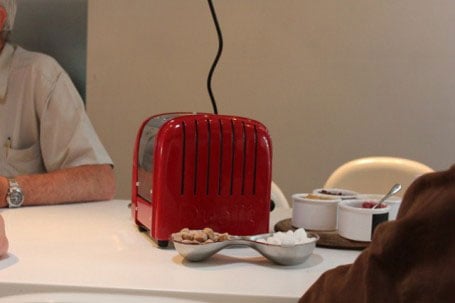 She gained a great deal of experience from the food stall she ran in Covent Garden. Inspired by the writing of Ballymaloe’s Darina Allen, and living just 45 minutes away from the Irish cookery school, in Waterford, she made soups, slow roast pork with spicy apple relish and black bean stews with chorizo, all hearty, warm comfort food that became her signature dishes. 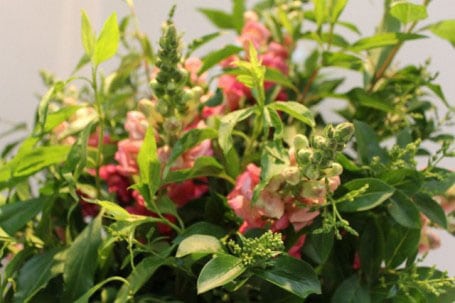 I tell her how how amazing it is to read, one minute, that a new pop up restaurant has just set up in Outer Mongolia and Niamh Shields, in the next minute, is there, on opening night, notebook, pen and camera poised. The following day she would write it all up in her Blog, where many thousands of readers would gain a vicarious insight into the innermost nuances of Outer Mongolian pop-up restaurant cookery. She laughs out loud, throwing her head back, and says “I know, I know, that’s just what I’m like!” The only reason why she has not yet set up her own supper club, she confides, is because her flat in Dalston, in the East End of London is too small. 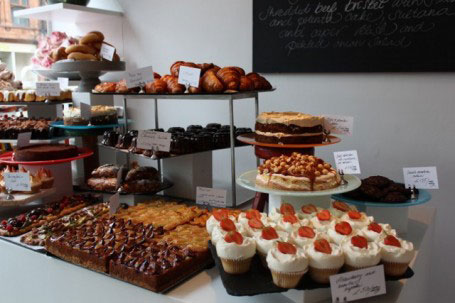 She feels a very conscientious responsibility towards her readers, and can get alarmed if even one writes in to say that her recipes are wrong. She is a scientist, and believes that empirical accuracy is very important. “You see, I wrote this recipe for honeycomb on my Blog,” she explains, “And the next thing you know, a reader wrote in to say it did not work. Well, I test my recipes time and time again, to make sure the methodology is spot on. It turns out that she had been reading the wrong side of the glass thermometer, and was all mixed up with her temperatures.” 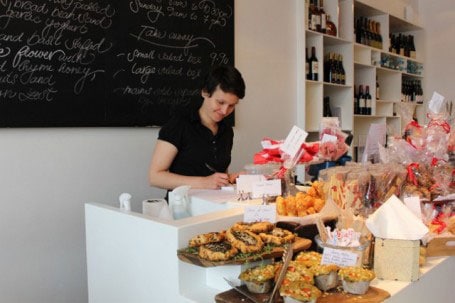 Her philosophy has always been consistent: she believes that the Internet has made all writing and knowledge extremely open, democratic and transparent and you should always reply to and connect with the people who follow your work and want to be part of your world. A while ago, however, she lost her iphone, and the insurance company would not replace it. As a result she was not on Twitter for a while, and she says it grounded her and made her feel more in tune with normality. She cites two professional food writers as being exemplary social media participants: Xanthe Clay of The Telegraph and Signe Johansen of Scandilicious fame. 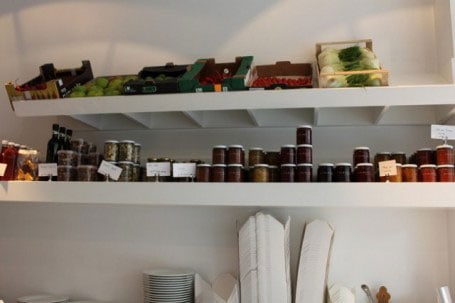 Niamh now writes freelance for various publications, including iVillage. Her future plans include a second book, more travelling and more learning. She is off to Argentina and is already plotting the food and recipes she wants to eat and learn about in Buenos Aires, Mendoza and Cordoba.

She believes that to be successful in the world of food blogging and writing you need to “Be very honest to your roots, be authentic, be nice. Enjoy what you are doing, celebrate skill and talent, write with honesty and integrity, be polite to others and somewhere along the line positive things will happen to you too.”

She found her publishers, Quadrille, extremely supportive and helpful, and she said they took a great risk, unlike all the other more conservative companies, in giving a platform for “New Voices in Food” and commissioning the works of Stevie Parle, Alice Hart, James Ramsden and herself, who, until a year ago, where virtually not known in the wider circle of foodie consciousness. 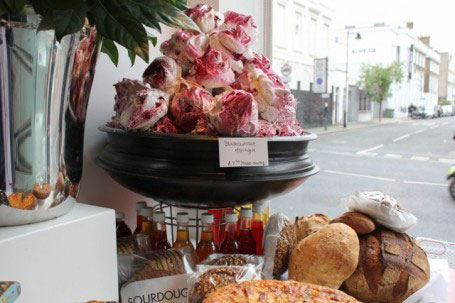 After we have eaten our way through a brunch of cinnamon bread with a berry compote and hot caffe latte, Niamh checks her messages, as she is off to lunch with another food writer, Gizzie Erskine. We stand gazing dreamily at the billowy scarlet speckled meringues, plump frangipani pastry fruit tarts and oozing, nutty chocolate brownies in the Ottolenghi window display, joking with the sales girl that we would each weigh thirty stone if we were to work here. The gamine manageress Heidi told earlier me she “paces herself”, and tries, however hard it is, not to gorge.

Niamh sets off in the rain, her cheery disposition unfrazzled. I have learned a great deal about a person I really knew very little about, and that really is the magic of food blogs. You vicariously and voyeuristically “enter” their lives through the back kitchen door, and stand next to that person as they weigh, whisk and pour, or read their Tweets and feel part of their social whirl. Today I met the hand that holds the wooden spoon, an Irish hand, with a touch that is gentle, sincere, hard working and compelling.