We love custards and puddings because of their creamy, sweet flavors, but we don’t know the difference and similarities between these classic desserts.

For some people who are not familiar with cooking, both custard and pudding can be similar.

People often mix up custard for pudding and pudding for custard.

Knowing the difference between the two of these delectable desserts is going to do a lot for you.

With this topic, we will learn about custard and pudding’s key differences and similarities.

It will help you with which of them will you order if you see both these desserts on a menu. The guide will also give you an idea of what are the materials needed to bake these delicacies.

After all, custard and pudding are different in terms of levels.

Once you learn the differences between these desserts and why many people confuse the two, you will begin to know how to make them as well.

When you already learn the difference and similarities between these two, you will not be confused anymore.

Custard is pudding’s close cousin and has eggs, sugar, and milk as ingredients. It is either baked or stirred using gentle heat.

Though both of them call for eggs, the main difference is that custard does not use starch for thickening it’s the egg itself that works on it.

Custard texture is firmer than pudding. It can be layered into trifles and can also be baked into pies, bread puddings, and more. 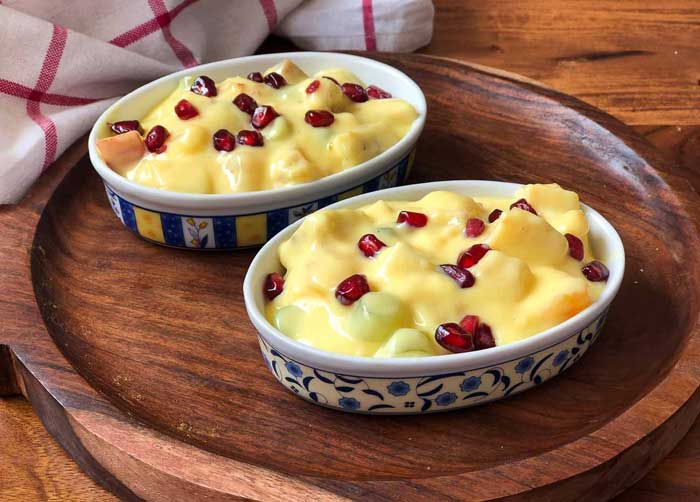 Pudding is sweetened milk or cream-based mixture that is thick with a gelatin starch, cornstarch, or flour.

The cooling of this sweet dish is done in a saucepan in the stove. It boasts versatility as a dessert because you can incorporate it into a trifle. 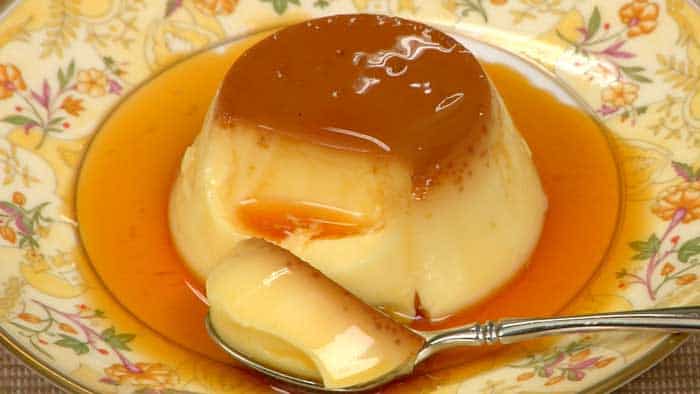 What are the Big Differences?

The big difference between the two desserts is the use of eggs. Custard utilizes this ingredient to have a thicker and firmer texture.

While pudding relies on cornstarch to thicken the sweetened milk, both of these deserts taste equally delicious in their own way, and that’s primarily because of their varied textures.

The pudding has a lighter consistency, and the custard has more weight, so the texture is firmer.

Everyone has different taste and texture preferences, so it’s a matter of personal choice when it comes to enjoying these desserts.

There are degrees of overlap between them because there are different desserts that can be a hybrid between pudding and custard. But as to the simplicity, the other custard uses an egg, unlike pudding. 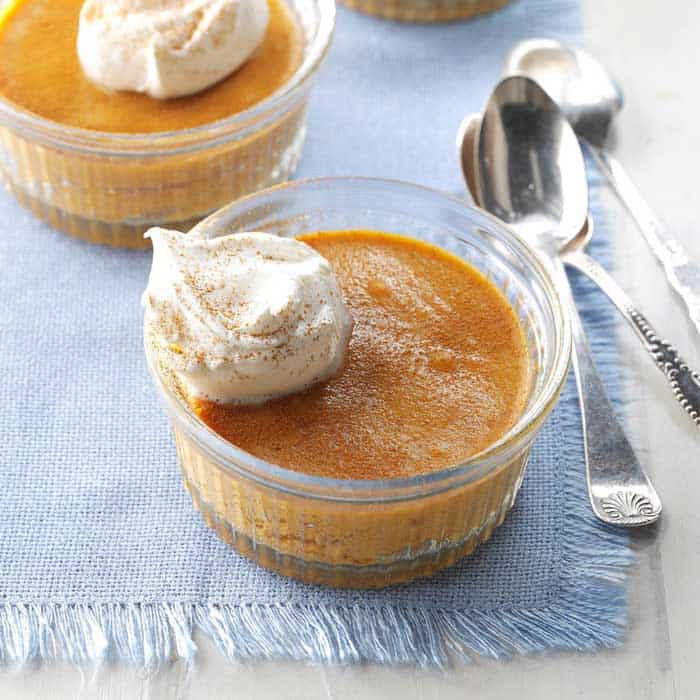 The custard and pudding are also different in the way of cooking.

Cooking traditional pudding is by stirring the ingredients together in a saucepan. It is not hassling to do, unlike custard.

In preparing the custard, you have the choice to either bake it or stir it slowly and gently using low heat.

It can be time-consuming, but the reward at the end is worth it.

It is necessary to bear in mind that making custard should be gentle.

Now that you know the difference, it is also essential to learn their similarities.

The reason why people are confused about custard and pudding is because there are a few similarities between them.

For instance, the ingredients of both desserts are the same, which contributes to a similar texture.

These two desserts use milk, sometimes sweetened. Custard doesn’t always use sugar, unlike pudding, so this is another ingredient that they occasionally share.

Both of these desserts have a similar presentation. Some people will cook the pudding or custard into a trifle.

Other people will either treat as they are since the desserts are plenty delicious without any toppings or anything special done to them. 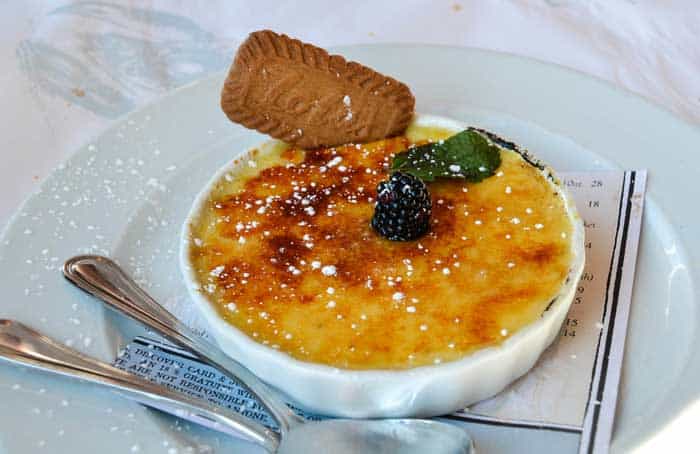 Both dishes take a considerable amount of time to prepare, and neither lasts very long after cooking.

They share very similar textures. They are both plump, creamy, and often smooth and silky on the tongue.

Of course, the taste is often different, but you might also be confused by the similar texture.

Now that you know more about why people often mix these items up, you should now get a good understanding of what makes each dish unique.

Now that you have learned more about Custard and Pudding’s key differences and similarities, you now have the idea of what makes them unique.

Custards and puddings are deceptively simple. With comparatively few ingredients, you can make cooking just like a child’s play.

You must stay careful about overheating any custard; if the cooking takes too long, or is done at a high temperature, the egg protein will coagulate excessively.

The use of cornstarch puddings can be on the tricky side, too. It will result in a watery type of custard.

Overheating or overbeating the cornstarch pudding will thin out and refuse to thicken again.

At the same time, you need to be sure that the starch is already full gelatin, which will ensure proper thickening of the pudding and eliminate any taste of uncooked cornstarch.

As is the case with many things in life, however, a little practice can go a long way in helping you realize what works and what doesn’t.

While you do need to watch what you’re doing, I find making pudding and custard very rewarding.

In general, with the exceptions of cheesecake and ice cream/frozen custard, neither custards nor puddings are especially useful “keepers”; plan to eat them within a day or two after you make them.

And with those same exceptions, none of the custards or puddings I have discussed above can be frozen.

Aside from being cooked with eggs, another difference of custard from pudding is that it doesn’t use starch or flour as a thickening agent.

The item creates the classic, firm texture of custard, and also gives it its rich flavor. 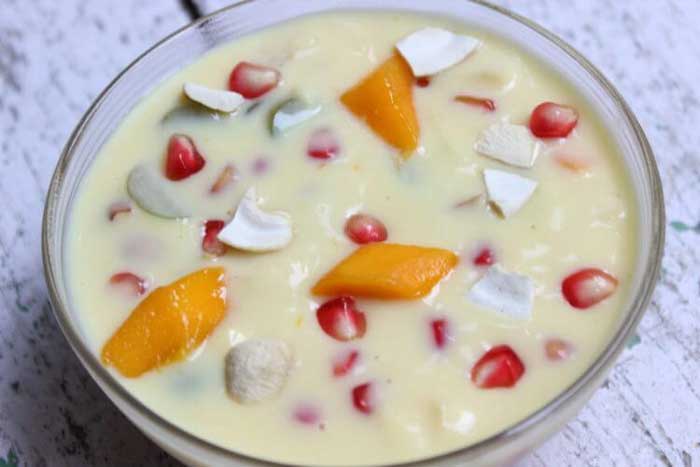 The eggs are thicker than milk and cornstarch. It makes the custard heavier than pudding.

Custard is versatile when it comes to styling. People might create crème Brulee or make another notable dish such as pots de crème.

Custards can be baked into pies and bread pudding.

What Makes a Pudding Different?

Pudding is technically known as “blancmange” when referring to desserts.

Instead of using eggs as a thickener, pudding relies on either cornstarch or flour to act as a natural thickening agent.

Sometimes cream is used rather than sweetened milk.

In terms of texture, pudding tends to be lighter and airier, depending on the way of cooking.

There are also different flavors to choose from when you are working with this dish. 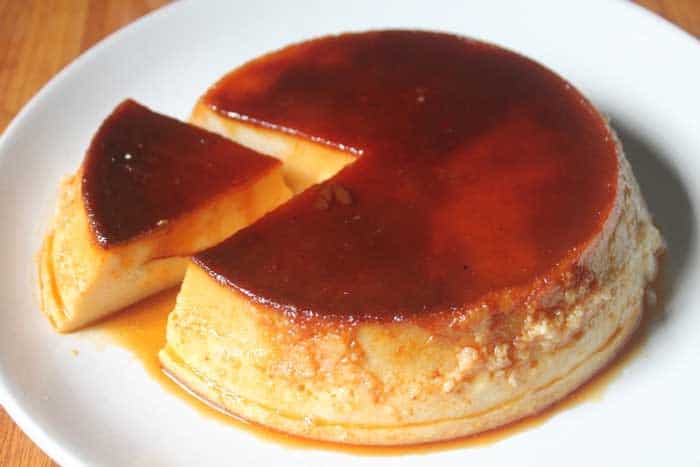 Everyone knows about chocolate and vanilla flavors, but there are also different ones from these, such as mochaccino.

The custard is not flavored traditionally.

There are other types of pudding as well, including creamy pudding, silk pudding, steamed pudding, boiled pudding, and so on.

The key differences and similarities between custard and pudding make both desserts unique and tasty, so whichever you choose, enjoy!

Whatever differences and similarities they may have, the bottom line is that every cooking needs a lot of effort and love.

The distinguishable attributes between the delicacies may not be your utmost priority, but it will be useful when you try to bake one.